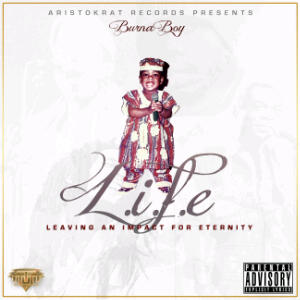 Aristokrat Records is pleased to announce August 12th, 2013 as the release date for début album of its leading act Burna Boy. The Album titled L.I.F.E which is an acronym for “Leaving an impact for eternity” embodies a total of 16 tracks all produced by the Aristokrat Super Producer Leriq. The album features industry heavyweights like Wizkid, Reminisce, MI, and Olamide. The L.I.F.E album experience comes in three folds “Street”, “Original”, and a deluxe edition, with each edition containing extra surprises for its listeners in addition to the original experience. The release of the album would be greeted with album release parties, CD signings, an international tour and concert in December 2013 . Full Album Track list, and more information will be communicated shortly

whoa i didn't see a few also excited for trecnhes! i'm excited but also nervous for the showdown. they need to go back to their roots. the last effort was much stronger than temptation, but could be so much better. they have so much potential, they just need to stop trying to fit in and just be themselves. I felt like the last one was a step in the right direction, but still far to go. The first album had a lot of flaws but it felt genuine it was corny and ridiculous, but it was high voltage and awesome as well.

| I do, haha. Ah well, it'll be a time to catch up on stuff I haven't gotten <a href="http://qbylzocm.com">aruond</a> to buying or listening to yet. I'm still excited to hear LS in my car but not nearly as much as I was before I heard the album. March looks to have one or two releases I may be interested in (though I'm not expecting much) and The Classic Crime will be the first heavy hitter for me of the year, excluding LS.

I think you hit a bueyslle there fellas!

That's a qucki-witted answer to a difficult question