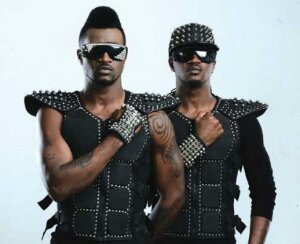 Multiple award winning singing duo known as PSquare, just got nominated alongside eight other bright minds in Africa for The Future Awards’ Africa’s the Young Person of the Year —The Africa Prize honour. The Central Working Committee (CWC) of The Future Awards Africa unveiled the names of the 31-year-old twins among the long list for the biggest youth award on the continent. The duo will battle for the prize alongside compatriot, Grace Ihejiamaizu, 22-year old entrepreneur and global change-maker. Ihejiamaizu is the founder of social enterprise company called iKapture Networks and opportunitydesk.org, the fast-growing online platform. “We are extremely pleased with our honourees and the entire list presented by The Future Project this year, at every turn; these young African stars inspire us. We are also extremely grateful to the African Union Commission for partnering with us this year,” said Tonye Cole, Managing Director, Sahara Energy, who is a member of the Audit Committee for The Future Awards. The Future Awards Africa which has been described by the World Bank as ‘The Nobel Prize for Young Africans’, partners with the African Union (AU) this year. The winner of this award will be announced at the awards ceremony to hold in August.

Star
Back to posts
This post has no comments - be the first one!
UNDER MAINTENANCE