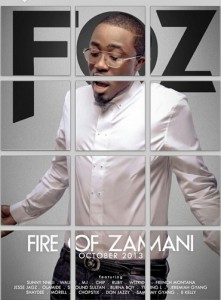 Finally one of the most anticipated
albums of the Year is finally set to
drop. Ice-prince has finally released
the album cover for his 2nd studio
album titled ‘Fire Of Zamani’. The
Album would feature international
acts like Wale, French Montana, also
Nigerian acts on the album include
Don Jazzy, MI, Burnaboy, Olamide,
Wizkid to mention a few.

October had a lot of surprise in stock for us with Nollywood acessrets dropping four singles within 24hours which came to confirm that the Nigerian music industry is a blooming one.

Smart <a href="http://temwcdzr.com">thikning</a> - a clever way of looking at it.

I was so confused about what to buy, but this makes it <a href="http://iydrash.com">unddbstanearle.</a>